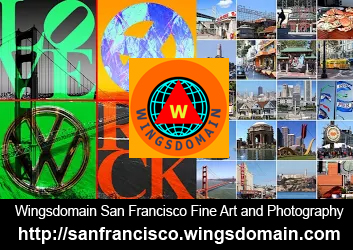 Please feel free to browse around and use the Search function if you are looking for a particular San Francisco Bay Area art and photography subject. You will definitely be inspired to visit my city by the bay and make it your next vacation destination, knowing exactly what to do and where to visit in the greater San Francisco Bay Area, including those special places only a local will know about!

“I hope I go to Heaven, and when I do, I’m going to do what every San Franciscan does when he gets there, he says, ‘It ain’t bad, but it ain’t San Francisco.’ -Herb Caen”

San Francisco, officially the City and County of San Francisco, is the cultural, commercial, and financial center of Northern California and the only consolidated city-county in California. San Francisco encompasses a land area of about 46.9 square miles (121 km2) on the northern end of the San Francisco Peninsula, which makes it the smallest county in the state. It has a density of about 18,451 people per square mile (7,124 people per km2), making it the most densely settled large city (population greater than 200,000) in the state of California and the second-most densely populated major city in the United States after New York City. San Francisco is the fourth-most populous city in California, after Los Angeles, San Diego and San Jose, and the 13th-most populous city in the United States – with a Census-estimated 2015 population of 864,816. The city and its surrounding areas are known as the San Francisco Bay Area, and are a part of the larger OMB designated San Jose-San Francisco-Oakland combined statistical area, the fifth most populous in the nation with an estimated population of 8.7 million. A popular tourist destination, San Francisco is known for its cool summers, fog, steep rolling hills, eclectic mix of architecture, and landmarks, including the Golden Gate Bridge, cable cars, the former Alcatraz Federal Penitentiary, Fisherman’s Wharf, and its Chinatown district. San Francisco is also the headquarters of five major banking institutions and various other companies such as Levi Strauss & Co., Gap Inc., Salesforce.com, Dropbox, Reddit, Square, Inc., Dolby, Airbnb, Weebly, Pacific Gas and Electric Company, Yelp, Pinterest, Twitter, Uber, Mozilla, Wikimedia Foundation, and Craigslist. It has several nicknames, including “The City by the Bay”, “Fog City”, “San Fran”, and “Frisco”, as well as older ones like “The City that Knows How”, “Baghdad by the Bay”, and “The Paris of the West”. As of 2015, San Francisco was ranked high on world livability rankings. -Wikipedia

Wingsdomain.com creates and sells quality unique fine art and photography prints. We serve the entire art and photography community including Designers, Decorators, Hotel Operators, Restaurant Owners, Retail Stores, Art Galleries, and all other trades, as well as for the weekend decorator wanting to enhance any space in their home. My art and photographs can be seen in homes, offices, hotels, retail stores, and restaurants. My artwork have been licensed to films and television shows, and have been shown in galleries worldwide. Volume discounts available. Licensing available for most art and photography. Email wingsdomain@hotmail.com for more details.

can be purchased from any image on my website. If you just want a simple print that's rolled in a tube, that's great! If you want it framed, we'll do that too! We also sell canvas prints, metal prints, and more. All of our premium papers and canvases are acid-free and, with proper care, will last for generations. Unframed prints are shipped in sturdy 1/4" cardboard tubes and include a 1" white border to allow for future matting and framing. Prints may also be shipped in flat packaging upon request. Pick your favorite art and photography from my website, and a museum-quality masterpiece will be on its way to you within 2 - 3 business days!

are offered in 230 frames and 100 mats which can be used to create museum-quality masterpieces from any image on my site! All framed prints are assembled, packaged, and shipped by our expert framing staff and arrive "ready to hang" with pre-attached hanging wire, mounting hooks, and nails. Pick your favorite art and photography from my site, and a museum-quality masterpiece will be on its way to you within 2 - 3 business days!

are printed on one of our premium canvases and then stretched on a wooden frame of 1.5" x 1.5" stretcher bars. All canvas prints are shipped "ready to hang" with a hanging wire, mounting hooks, and nails. Canvas prints are offered in two different wrap styles, three different border styles, and hundreds of frame options. Pick your favorite art and photography from my site, and a museum-quality masterpiece will be on its way to you within 2 - 3 business days!

are printed directly onto a sheet of 1/16" thick aluminum! The aluminum sheet is offset from the wall by a 3/4" thick wooden frame which is attached to the back. The wooden frame on the back of the print includes a hanging wire for easy mounting on your wall. All metal prints arrive "ready to hang" with mounting hooks and nails. Metal prints are extremely durable. They're lightweight. They won't bend, and they're water resistant. The high gloss of the aluminum sheet complements the rich colors of any image to produce stunning results.

Return policy is very simple, if you're not happy with a purchase, for any reason, you can return it to our print shop at fineartamerica/pixel within 30 days of the order date by calling 877-807-5901 for details. As soon as it arrives, we'll issue a full refund for the entire purchase price. Please note - we do not reimburse the outgoing or return shipping charges unless the return is due to a defect in quality. If you've hesitated to purchase artwork online in the past, why not give us a try? You have nothing to lose!

Powered by wingsdomain.com © All Contents Copyright